What is Wendigo Psychosis? 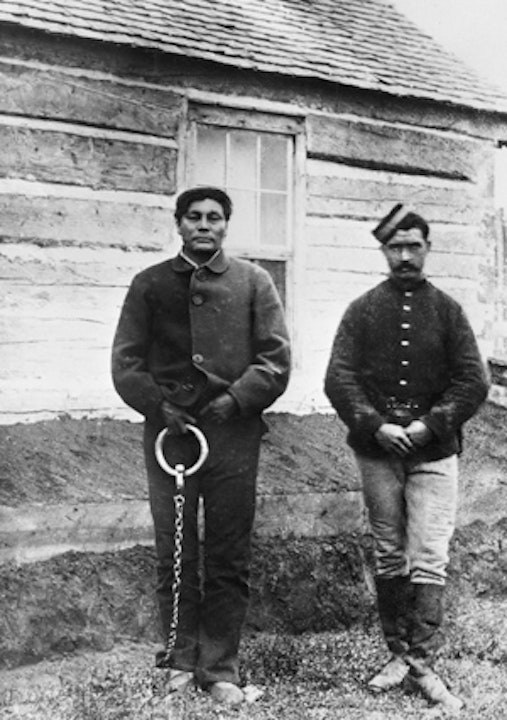 If you are at all familiar with the Wendigo, a evil creature that roams the areas surrounding the Great Lake Region and expanding into Northern United States and into Canada, than you know this creature is completely terrifying. You might have also heard the stories of the Algonquin or other First Nation Tribes explain that one might become possessed by the evil spirit, resulting in a unsatisfied hunger for human flesh.

In many historical accounts men and women who consume human flesh for any reason at all, will become possessed by the Wendigo spirit. A lot of these Native American Tribes faced very harsh winters and struggled for survival. It was made well aware that turning to cannibalism was completely taboo, and that anyone who acted in this way would pay the ultimate price. To reinforce the seriousness of fearing the Wendigo, members among the Assiniboine, the Cree, and the Ojibwe would perform a ceremonial dance during times of famine. This dance was known as wiindigookaanzhimowin. The members performing this dance, danced backwards, shielding their faces, as they moved around a drum.

Other ideas of how one might become under the influence of a Wendigo spirit, include greed and extended contact with a Wendigo. Stories tell of men overpowered with greed resulting in being cursed to become a Wendigo. This is because to survive some of the harsh circumstances that the men and women of Native American communities might face, cooperation and moderation among the people was highly encouraged. If one person acted out with greed, it hurt everyone surrounding them. It is also said the evil spirit of the Wendigo could visit you through your dreams, trying to influence you to act out in actions of greed, violence, and cannibalism.

If an individual is suffering from Wendigo psychosis, he or she might display signs of withdraw, a wanting to be distant from friends and family. They might also cry out in pain, or yell disrespectful words at others. It is also said that they will start to see others as tasty meals, comparing them to game that they might hunt. When a person becomes possessed by a Wendigo this isn't the end for them, and in some Cree folklore they recommend a method of treatment. This treatment involves the consumption of fatty animal meats and drinking animal grease. The ideas is that this hot animal meat and grease will melt the Wendigos spirits icy heart. Sometimes those that are treated will throw up chunks of ice during the process.

Swift Runner and The Wendigo

Swift Runner was once a very popular member of the Cree community. He acted as a trapper and a guide for the Northwest Mounted Police. This tower man standing at 6 feet tall and a father of six children would develop a fond taste for whiskey, resulting in a downward spiral for himself. He would lose his jobs due to alcoholism and later lose his ability to truly support his family. He would be later kicked out of his tribe for reoccurring acts of violence, and in 1878 Swift Runner took his family (wife, six children), and his mother-in-law and brother out into the forest to survive on their own.