Top 3 True Alien Encounters That Will Make You A Believer 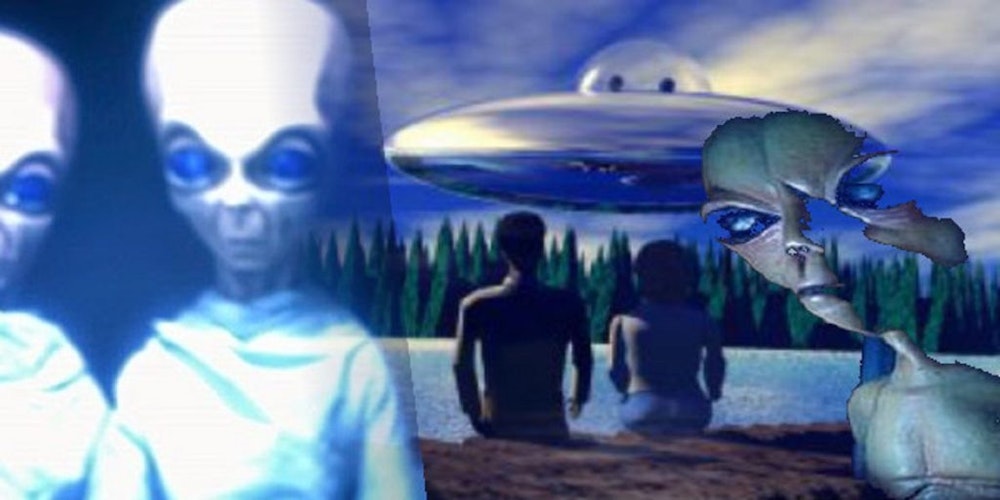 When some people think of a UFO sighting, they might jump to conclusion that it had to be a military craft. With an Alien sighting one might try to explain it as a bad dream. This all makes since especially if the victim had experienced lost time or screener memories. What you will read below are three accounts of TRUE alien encounters, and might sway you into a full fledge believer!

On January 6, 1976 Mona Stafford had just turned thirty-six, and she couldn't think of a better way to celebrate than dinner with her friends. Mona jumped on the phone and called up Louise Smith and Elaine Thomas stating, "Girl we are going out!" or something along these lines. If they are anything at all like my own mother I'm sure there was a lot of hooting an hollering from the three.

The party of three would elect to have dinner at Redwoods Restaurant. This restaurant was located between Stanford and Lancaster Kentucky, which was about thirty-five miles from their homes in Liberty, Kentucky. After a great evening, it is noted that no alcohol of any amount was consumed, they would wrap it up and head home around 11:15 pm. As they drove home, somewhere outside of Hustonville, the trio would have an encounter with an object bigger than "two houses." At first this bright red object was stopped about one hundred yards ahead of them, until at some point it turned blue showing up behind their car, setting them into high speeds of 85 mph taking over total control of the car. The three would suffer eye irritations and red burns on the back of their necks. Later the women would submit to a lie detector test, and it would show that they were being truthful about their encounter.

Were They After The Money?

Kirsan IIyumzhinov is a multimillionaire businessman and a Russian politician, so it is understandable that he would be a pretty well known individual. But if you ask him, this is not his claim to fame. Kirsan has an alien abduction story that hits close to home... because it is his own!

That is right! On September 17, 1997 Kirsan was abducted by aliens from his apartment balcony. His staff at the time searched for him continuously throughout his flat with no luck of finding him. Hours later when he almost "magic-like" reappeared in his bedroom they were completely lost for words. But Kirsan wasn't. He told his staff and would later tell The Guardian that he was indeed abducted by human-like creatures in yellow spacesuits. He would go on to explain how he saw an object that looked like a semi-transparent half tube approach his balcony, and he gladly climbed aboard. When reporters would ask how he communicated with these unknown space pilots, he would explain that, their conversation didn't include words and that it was more of an exchange of thoughts or ideas. Kirsan would explain that the purpose of this visit was for them to show himself that UFOs do exist.

What Happens at Summer Camp..

Have you gone to summer camp? Personally I have never been... but after hearing about these alien abductions at camp! I'm kind of glad that I never had the opportunity to go. I am referring to the "Buff Ledge Camp" in Vermont. A summer camp that was stalked by four UFOs and an unknow account of abductees in 1968.

Sixteen year old Michael Lapp worked at Buff Ledge Camp along side nineteen year old Janet Cornell. Michael served as a maintenance man for the camp and Janet worked as a water ski instructor. On a beautiful August evening the two friends were enjoying the camp to their selves, the swim team had a swim meet in a neighboring town, and this had left the camp basically empty. As they sat on the edge of the boat dock admiring the night sky, a bright beam of light began to engulf the two. Separate from this beam of light three smaller lights hovered over the lake, as they moved in zig zag patterns as the gained and lost elevation from time to time. Soon enough this main beam of light would rise into the night and disappear out of sight. Seconds later, the two would see something they could not explain, the light reemerged below their feet and out of the water! They could visibly see that this light was an aircraft and inside sat two, in size, childlike creatures. The creatures were intimidating, having elongated necks, with big bald heads, and their eyes were oversized and positioned almost to the side of their heads. Michael remembers yelling out to the object telling it that they did not want to go, in fear of being kidnapped. The two of them both recall that next they had a sense of free floating, before waking back up on the docks staring into the now pitch black sky, unaware of what happened during their lost time incident.