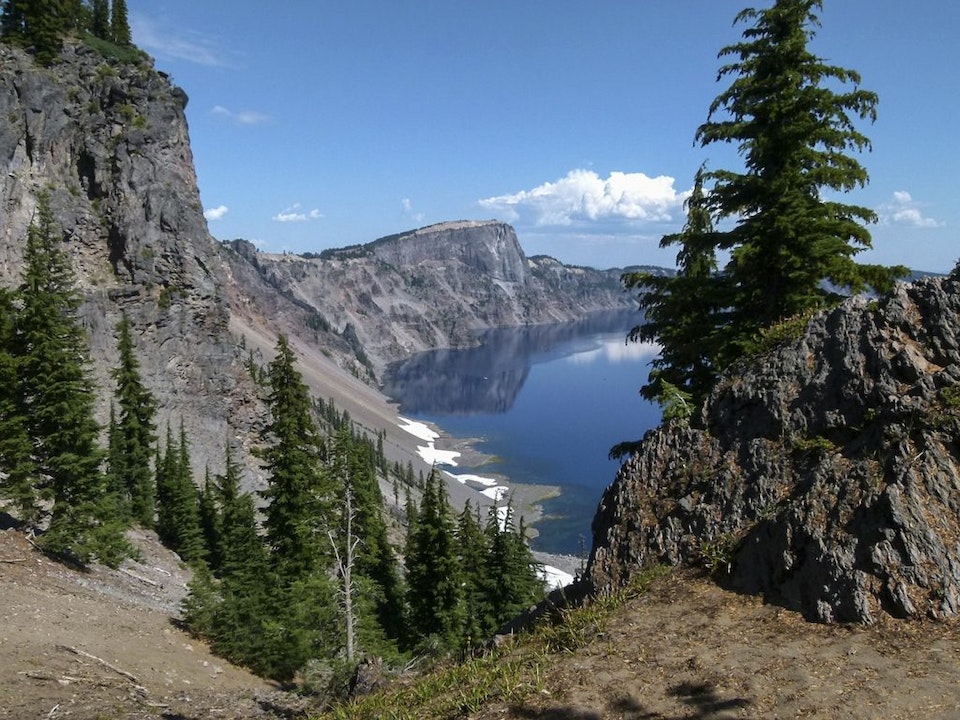 In the summer of 1996 Jeff Boiler was fresh out of the United States Marine Corps, and he was still referring to himself as a Marine. If you are familiar with the military community, there is no such thing as a former Marine or even ex-marine, once a Marine always a Marine! haha That is a joke, just some brotherly love, I myself served in the U.S. Army. Anyways...

Jeff was looking for a new job, and lucky enough for himself he was friends with the Sheriff of Wasco County in Oregon. He would end up quickly finding a place with in the Sheriff's department, landing a job as a Sheriff's Deputy. Flash forward 8 months down the road, his hard work and loyalty to the department had not go unnoticed. Arriving to work one morning the Sheriff would meet him in the office and say something along the lines of, "You know what Jeff, you have been working your ass off, why don't you take the day off, this one is on the house," at least that is what I imagined happened.

Jeff was highly excited from his bosses offering and admiration, and instead of going home to spend the day with his wife he decided, what would be a better idea than to hike through the Cascade Mountains of Oregon? Jeff also had a friend who had been buried years prior at Tam McArthur Rim he planned on visiting.

Ultimately he couldn't think of a better way to honor his lost friend. Jeff decided if he was going to take on this hike he would need to grab some snacks, so he grabbed what was available to him from the vending machine and took off for his truck. Still in uniform he would arrive at the parking lot of the entrance to the Cascades. He decided for better air flow he would loosen his tucked shirt and opted to keep his issued side arm on hip for the hike.

Jeff would quickly grow bored of following the main trailhead after cover quite a few miles in under a hour, and would make a decision to divert from the main trail roughing it through the wilderness. As he ventured off course he couldn't help but to think to himself, I could be the first person to lay eyes on this potentially undiscovered part of the Cascades. Which if you are not familiar with the Cascades, they are massive and his idea of this isn't to far-fetched.

The idea of this would excite him and the thrill would send him on a journey spanning over an hour and a half, and gaining over 500 feet in elevation. After this spurt of excitement wore off, he noticed it was beginning to get late, and decided it was time to head back to his truck. Remembering what he was taught while serving in the Marines, he got out his map and compass. He proceeded to spread his map out on a rock and shot an azimuth in the direction of his truck using the compass to cheek method. He would continue to plot his route out on the map, until he was satisfied and gathered his things up.

Before heading off he decided to pull out his compass one last time. While bringing it up to his face he would notice something out of the corner of his eye. Originally he thought maybe this was another hiker, but being this far out into the mountains he wasn't convinced. Up on the hill about 20 to 30 feet above him stood a dark shadow that looked human, and he guessed it stood between 7 and 8 feet tall.

In disbelief Jeff cocked his head slowly to the side squinting at the creature trying to understand what he was looking at. Simultaneously the creature would mimic Jeff. I don't know about you but I wouldn't be sticking around to much longer. What ever this creature was Jeff knew it was intelligent. Jeff would pull out his pistol and line it up on the beast, in response it would quickly run away, almost as it vanished and let out an ear piercing scream!

As most of us would respond Jeff would quickly gather up his things and tried to put as much distance between himself and what ever the hell that thing was. The woods were silent for about an hour following this encounter, until loud booms of falling trees crashing onto the forest floor began to fill the woods. Jeff looked quickly to his left and right trying to pin point the exact spot that the sounds were coming from. Jeff had no luck and completely terrified and paranoid, he would begin to run through the woods. He would never look back over his shoulder, as he made his was through the dense forest, jumping over downed logs and weaving between trees, eventually finding himself in an open field.

At this point, Jeff's heart was nearly beating out of his chest. As he looked into this massive open field, he couldn't help but laugh at the sight of a 6 point buck unalarmed by his presence. He began to feel relieved at the thought that he had lost his pursuer. Suddenly something would catch the deer's attention as it stared to the wood line to Jeff's backside. The deer became spooked and quickly bounded across the field and out of sight.

Jeff would hear a loud crack behind him immediately following this. He took this as a sign that he should too "get the hell out of Dodge." Jeff quickly returned to a sprint as he darted across the open field counting in his head to 10. Once he hit 10 he took a sharp right back into the thick forest that bordered the field. During his escape Jeff would realize his hiking boots were not made for cross country running and he would roll his ankle, sending him down a steep embankment. This little trip didn't slow his pace though, he was quick to recover and continued to drive on.

Through the panting as a result to this heavy running, Jeff broke into a smile as he passed a blue trailhead marker. Victory at last he assumed. His celebration would be cut short, when he heard the sound of large bang. When he looked in the direction of the sound he saw a tree bent over, snapped completely in half. This tree was 6 inches wide. He put together the idea that if what ever was after him could snap a tree completely in half, it could snap him in half with ease.

Jeff would end up making his way back to his truck, fumbling for his keys and eventually getting in. He slammed the truck into drive and pulled out. He sent gravel in all directions as he peeled out of the parking lot. Jeff took a glance in the rearview mirror one last time as he drove away. What he saw he couldn't believe. Where his truck had once sat, a massive beast stood grasping a tree in his palm about 5 inches wide. He then witnessed the beast reach for an additional tree, and with a singlehandedly pulled it from the earth's surface roots and all before letting out a blood curdling scream. Following this with a single bound he would leap over 15 feet back into the forest. Jeff has not seen this beast since.